You can use the upper menu to navigate and click on the social links buttons  to get in contact! 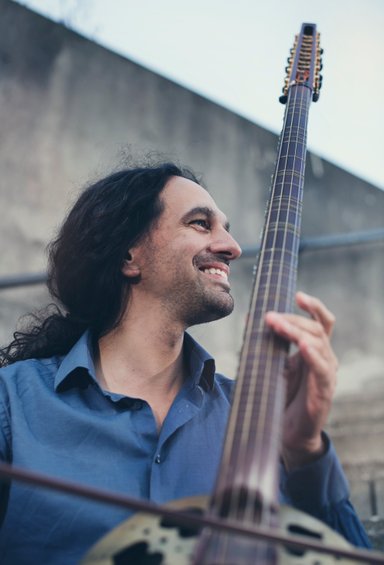 Michalis Cholevas is a Greek musician, composer, and educator. He is performing on the Yayli Tanbur, Tarhu, Ney and the Saz.

Born in Athens in 1977 he studied Byzantine music, the music of eastern Mediterranean cultures, classical and Jazz piano as a teenager.

In 2013, along with Michalis Kouloumis and Giannis Koutis, Michalis formed Lingua Franca Ensemble. Their album Ephemera was selected at no.8 for the World Music Charts 2017.

He holds a BA Natural Sciences, an MA in Turkish Music, he followed advanced studies in Theoretical Physics and he is currently on a Ph.D. trajectory with a subject on  Taksim Analysis.

Since 2008 he teaches various modules for the BA and MA programs at Codarts, University for the Arts, Rotterdam.